For Reference is a poem, an audio work and a video. It’s a series of 9 abstractions of people, posited against, working against (or towards) the formation of 1 person (off-stage, silent, pre-erased). The work uses their forms to create another, 9 = 1.

The dialogues are a control from which to explore how we form in response to others, as a work of relief or intaglio perhaps, according to the spaces and gaps that the other person’s physical and psychic form allow. So power, eventually, I look at power. And if it’s possible to sidestep or exist beyond this – can a person form alone?

For Reference attempts to reveal the form of one person. Shaped by the nine interactions.

To find her, you look for reference. 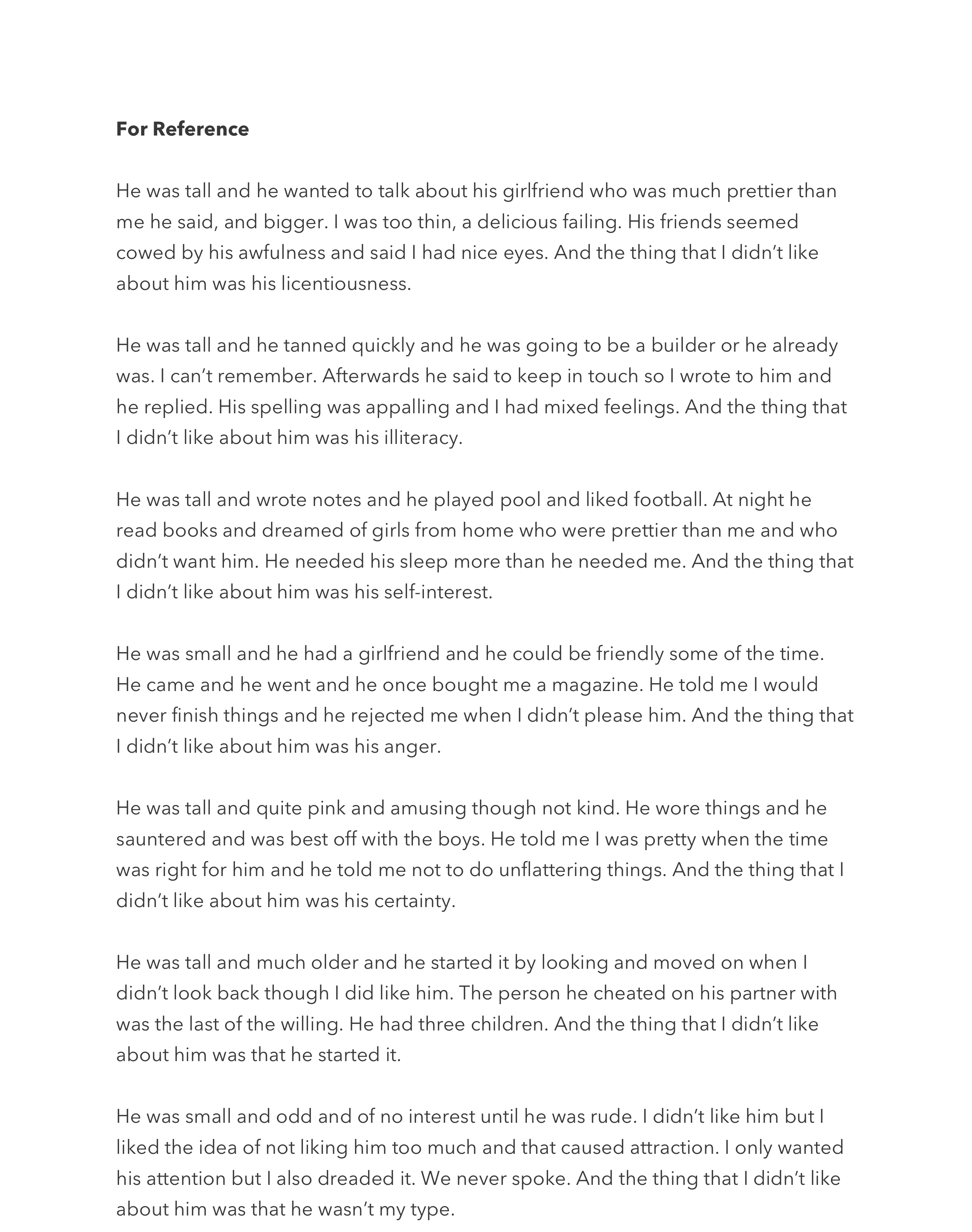